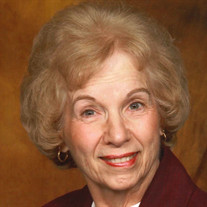 Barbara E. “Barb” Copeland, 85, of rural Wapakoneta, died 3:25 a.m., Sun. June 7, 2020, at The Gardens of Wapakoneta. She was born June 6, 1935, in Van Wert Co., the daughter of Roy Henry & Helen Mae (Ladd) Wreede, who preceded her in death. On June 12, 1955, she married Curtis E. Copeland, and he survives. Other survivors include, a daughter, Darla (David) Leffert, Indianapolis, IN, 2 grandsons, Joshua (Brittany) Leffert, Leesburg, VA, John Leffert, Newburgh, IN, a brother, William “Bill” (Pam) Wreede, Rushsylvania, OH, a sister-in-law, Patricia Bitters, Wapakoneta. In addition to her parents, she was preceded in death by 2 brothers & spouses, Edison (Nancy) Wreede, and Lloyd Ray (Cathy) Wreede. Barb worked at Westinghouse Corp., Lima for 3 years. She then worked 27 ½ years at Duff Truck Lines, Lima, retiring as supervisor of data processing. She later served as court bailiff of the Auglaize Co. Common Pleas Court for 10 years. Barb was also secretary for the Public Employees Retirement System of Auglaize Co. She was a member of St. Mark’s Lutheran Church, Wapakoneta. She was a 1953 graduate of Waynesfield – Goshen High School, and also a member of the Child Conservation League and Wapakoneta Civic League. Barb grew up on the family farm where she learned to garden and can fruits and vegetables. She was well known for her baking, and was “Cookie Grandma” to her grandsons. She was also an excellent seamstress. Barb was “always on the go” and enjoyed spending time with her family. Some of her most cherished moments were spending a week in the summers with each grandson when they were young boys. With consideration of the current health guidelines, a funeral service will be 10:30 a.m., Fri. June 12, 2020, at the Eley Funeral Home & Crematory, St. Rt. 501, Wapakoneta, with Pastor Doug Pretorius officiating. Burial is to follow in the Walnut Hill Cemetery, near New Hampshire, OH. The family will receive family & friends 2-4 & 6-8 p.m., Thurs. at the funeral home. Memorial contributions may be directed to the St. Mark’s Lutheran Church, or the Leland Stroh Scholarship Fund through the Wapakoneta Masonic Lodge. Condolences may be expressed at www.eleyfuneralhomeandcrematory.com. The funeral service will be live streamed on the Eley Funeral Home Facebook page.

The family of Barbara E. Copeland created this Life Tributes page to make it easy to share your memories.

Send flowers to the Copeland family.