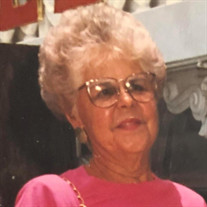 Beverly Ann Heilman Schlatter, 92, passed away on March 23, 2020 in Columbus.  Bev, as she was known, was born on June 5, 1927 and grew up in Liberty Center, Ohio.  She was preceded in death by her mother, Naoma Lovejoy, father, Harve Heilman, brother, William, son-in-law, Jeffrey Kitzis (the husband of her daughter Ellis) and beloved husband, Max Ellis Schlatter.  Bev graduated from Bowling Green State University where, following in her mother’s footsteps, she majored in elementary education.  She went on to teach for several years in the Elyria school system.  She was introduced to Max Schlatter by Mary Jo Werner Bickhart, a sorority sister, during a visit to the Werner home in Wapakoneta, and the couple was married in 1952.   Arriving in Wapakoneta as a young bride, Bev became involved in the life of the community through the First United Methodist Church and its Junior Choir, of which she was director for many years, the Junior Service League, Women’s Club and the PTA.  She sang in a musical group with Jane Shaw, Mary Alice Wintzer and Lois Stroh and they enjoyed performing Broadway tunes and barbershop melodies for various civic groups in the community.  During this time, she and Max had three children, Ellis Ann, Robert and Katherine.   It was clear that being a wife, mother and homemaker suited her and was the most important role in her life.  When her children were grown, Bev returned to teaching as a substitute elementary teacher in the Wapakoneta school system, becoming acquainted with several generations of Wapakonetans in the process.  Following Max’s death in 1986, Bev remained in their long-time home at 818 West Auglaize Street, where her greatest joy was hosting picnics on her patio and visits from her grandchildren.  She was always guided by her enthusiasm for life, and, besides her family and friends, both older and younger, especially loved cardinals, hearts, Christmas, sewing, the color teal, music, Americana, grapevine wreaths and geese.  She was truly an exceptional human being. Bev had recently sold her home in Wapakoneta and was living in Columbus in order to be closer to her kids, Rob and Kate, and their families.  She lived independently for several years in an apartment on Northwest Boulevard until last September 11, when she suffered a fall.  Thereafter she resided at an assisted living facility, Mayfair Village, where she lived at the time of her death.  She is survived by her children, Ellis Ann Burrows, Robert Lovejoy Schlatter and wife Kimberlee, Katherine Ann Schlatter Norvell and husband Robert, as well as four darling grandchildren, Max Ellis and William Tate Norvell and Lydia Ann and Julianna Lovejoy Schlatter.  Bev had many friends in the Wapakoneta community and will be missed by all.  A memorial service for Bev will be held in Wapakoneta on a date to be announced.

Beverly Ann Heilman Schlatter, 92, passed away on March 23, 2020 in Columbus.  Bev, as she was known, was born on June 5, 1927 and grew up in Liberty Center, Ohio.  She was preceded in death by her mother, Naoma Lovejoy, father, Harve Heilman,... View Obituary & Service Information

The family of Beverly Ann Schlatter created this Life Tributes page to make it easy to share your memories.

Send flowers to the Schlatter family.