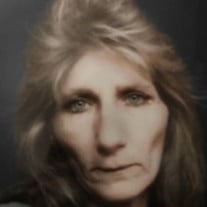 Christina Ann Thomas Booher, 59, of Wapakoneta, died 6:25 p.m., Thurs. Feb. 4, 2021, at Mercy Health- St. Rita’s Medical Center, Lima. She was born June 28, 1961, in Greenville, OH, the daughter of Edwin & Mary Jean (Gilliland) Schultz, who preceded her in death. She was raised by her grandmother, Mary Gilliland. In 1979, she married Michael Thomas and he preceded her in death. She later married Vince Booher, and he is deceased. Survivors include, 3 sons, Craig Thomas, Winchester, IN, Kellen Thomas, Wapakoneta, Ricky Thomas, Winchester, IN, her life partner, Mark Hornic, Wapakoneta, siblings, Tom Schultz, Chuck Schultz, Louie Schultz, Portland, IN, her four legged friend, Emmy Lou. She was preceded in death by 2 brothers, Jake & Freddie Schultz. Christina enjoyed reading and caring for her dog, “Emmy Lou”. A service will be held at a later date. Arrangements are under the care of the Eley Funeral Home & Crematory, Wapakoneta, where condolences may be expressed at www.eleyfuneralhomeandcrematory.com. Memorial contributions may be directed to Mercy Unlimited.

The family of Christina Ann Thomas Booher created this Life Tributes page to make it easy to share your memories.