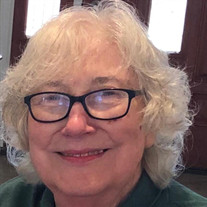 Dixie A. Bennett died September 17, 2019 at 10:20 AM at Auglaize Acres in Wapakoneta, Ohio. She was 83. She was born on September 30, 1935, in Spencerville, Ohio, to Theodore “Ted” Harter and Evelyn M. (Harter) Harter. Her father is deceased. Her mother survives and resides in Spencerville. She married James B. Bennett on September 13, 1958. He died on January 17, 1990. Mrs. Bennett was a 1953 graduate of Spencerville High School, a 1956 graduate of Lima Memorial Hospital School of Nursing and was employed at Lima Memorial Hospital as a registered nurse for 44 years. She retired in October of 2000. For 33 years, she worked in the Intensive Care Unit. In 1963, when LMH opened its first ICU unit, she was an original ICU staff member and was the last original member to retire. She was a member of the LMH School of Nursing Alumnae, a former volunteer worker for the American Heart Association, a substitute poll worker for the Auglaize County Board of Elections, she did volunteer surveys for the Ohio Historical Preservation Office, and was a member of and served as President of the former Waynesfield Women’s Republican Club. In 1998, she served as Historical Committee Chairwoman for the Waynesfield Sesquicentennial. She was a member of the Waynesfield Historical Society, a life member of the Auglaize County Historical Society and a former member of the Auglaize County Genealogical Society and Spencerville Historical Society. She was a member of the Waynesfield United Methodist Church where she served as a past Trustee and Administrative Board secretary for 17 years. She was the organizer and leader for the church’s sesquicentennial event held on October 10, 2010, and was a former member of the Friends of White Memorial Library Committee in Waynesfield. Her interests included family vacations, history, genealogy, reading and photography of unusual tombstones noting, “Some of the most beautiful and unusual architecture is found in cemeteries.” She organized and led the family in the grave flag standard for placement for her maternal great-great grandfather, Peter Harter, who was a War of 1812 veteran. Her paternal ancestors, Jacob and Rebecca Copus Harter, settled in the 1820s in Allen County, Ohio. She is survived by a daughter, Amy Bennett-Brinkman, son-in-law Jerald “Jerry” Brinkman, grandchildren Jenna and Benjamin “Ben” Brinkman of Wapakoneta, a brother Richard “Dick” Harter of Spencerville, a sister -in -law Sylvia Harter, nieces, nephews and cousins. Preceding her in death are a brother, Charles “Charlie” Harter, sisters -in law- Ruth Harter and Lois Bennett. Graveside services will be11:00 a.m., Mon. Sept. 23, 2019, at Fairmount Cemetery, near Uniopolis, with Rev. Greg Wack and Rev. Dottie Kaiser officiating. The family will receive friends 2-6 p.m., Sun. Sept. 22, at the Waynesfield Chapel of the Eley Funeral Home & Crematory, 200 E. Wapakoneta St., Waynesfield. Memorial contributions may be directed to the Waynesfield United Methodist Church or Putnam County Hospice. Condolences may be expressed at www.eleyfuneralhomeandcrematory.com.

The family of Dixie A. Bennett created this Life Tributes page to make it easy to share your memories.

Send flowers to the Bennett family.