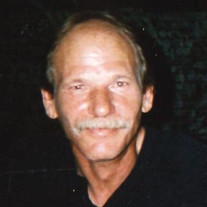 Douglas E. “Doug” Bradford, 63, of Wapakoneta, died 9:55 p.m., Tues. April 16, 2019, at his home with his family at his side. He was born Jan. 12, 1956, in Lima, the son of Charles D. & Carrie A. (Coyer) Bradford, who preceded him in death. On Oct. 3, 1986, he married Brenda M. Gerstner, and she survives. Other survivors include, 3 children, Nathan (Crystal) Bradford, Buckland, OH, Michael (Natasha) Bradford, KY, Heather Bradford, Wapakoneta, several grandchildren including Declan, siblings, Deb Fisher, Wapakoneta, Darrell (Jeannine) Bradford, St. Marys, OH, & Dave (Denise) Bradford. In addition to his parents, he was preceded in death by a son, Nicholas Bradford. Doug worked as service manager and mechanic at American Chevrolet, Wapakoneta. He a veteran of the U.S. Navy. He was a member of Brands Lake Fishing Club and a social member of the V.F.W. Post #8445, both of Wapakoneta. Doug enjoyed camping, fishing, working on cars, and driving his ’74 Corvette. He most enjoyed spending time with his family, his daughter & grandson. Funeral services will be 6:00 p.m., Mon. April 22, 2019, at the Eley Funeral Home & Crematory, 1102 Lincoln Ave. (St. Rt. 501) Wapakoneta, with Pastor Steven Nelson officiating. The family will receive friends 3-6 p.m., Mon. at the funeral home. Military rites will be conducted by the Wapakoneta V.F.W. Post #8445, Mon. following the funeral at the funeral home. In lieu of flowers, memorial contributions may be directed to the family. Condolences may be expressed at www.eleyfuneralhomeandcrematory.com.

The family of Doug Bradford created this Life Tributes page to make it easy to share your memories.

Send flowers to the Bradford family.