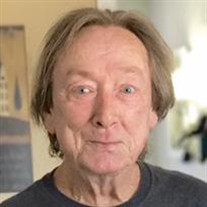 Gary L. Kinnaman, 71, of Wapakoneta, formerly of Columbus, OH, passed away 4:30 a.m., Wed. Sept. 12, 2018, at his home with his family at his side. He was born July 22, 1947, in Columbus, OH, the son of Herbert & Charlotte (Irvin) Kinnaman, who preceded him in death. He was married to Kathryn Kennedy and she is deceased. Survivors include, a daughter, Jennifer Kinnaman, Wapakoneta, 7 grandchildren, a great grandson, a brother, Roger (Martha) Kinnaman, Columbus, and his four-legged friend, Roxanne. He was preceded in death by 2 brothers, Herbert Kinnman, Jr., and Wayne Kinnaman. Gary was a graduate of Mifflin High School, and a U.S. Army veteran of the Viet Nam War. He was owner and operator of Columbus Tops and Case Goods. Gary was a life member of the Amvets Post #89, and a life member of the V.F.W., both of Columbus. His hobbies included fishing, watching sports, and playing golf. He also had a hole-in-one at a Columbus golf course. Funeral services will be 7:00 p.m., Sept. 17, 2018, at the Eley Funeral Home & Crematory, 1102 Lincoln Ave. (St. Rt. 501) Wapakoneta, with Chaplain Herb Wilker officiating. Military rites will be conducted by the Wapakoneta V.F.W. Post #8445, at the funeral home following the service. The family will receive friends 4-7 p.m., Mon. at the funeral home.

The family of Gary L. Kinnaman created this Life Tributes page to make it easy to share your memories.

Send flowers to the Kinnaman family.