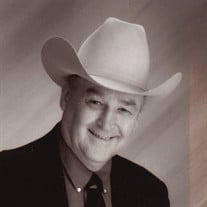 Attorney John Allen Poppe, 80, of Wapakoneta, passed away on Wednesday, February 13, 2019,  at home with his wife and family by his side.  He was born in Piqua, Ohio on July 1, 1938, the son of Arnold Poppe and Irene Rismiller Poppe who preceded him in death.  He and his devoted wife Elaine, were together nearly 40 years and she survives. A New Bremen High School graduate, he also graduated from The Ohio State University and the Ohio Northern University Petit College of Law. He was a member of the Auglaize County Bar Association, the Ohio State Bar Association, the Ohio Association of Criminal Defense Lawyers, the American Trial Lawyers Association, and many other legal professional associations. He was the Patriarch of a large extended family including Barbara Poppe (Bill Faith) of Clintonville, Columbus, Jill Mackenzie (Patrick) of New Bremen, Kris R. Poppe, (Susie) of Cameron, North Carolina, Michael E. Smith (Melissa Ann) of Wapakoneta, Susan Stevens (Terry) of Queenstown New Zealand, Wayne D. Smith of New Bremen, Casey Crisp (Missy) of Columbus, Jamie Allen (Eric) of New Albany.  Other survivors in his extended family include a sister, Barbara Block (Thomas), Rockford, Illinois and grandchildren Michael A. Smith (Alyssa), Alysia Smith (Brendan O’Ryan), Elise Faith (Zeeshan Paracha), Amanda Smith (Jon Baumgardner), Madelynn Kitlinski (John), Alexandra DeGayner (Michael), Lucas Poppe (Cassie), Katharine Poppe, Benjamin Faith, Sophia Mackenzie, Ila Allen, Areli Allen, Everleigh Allen, Ellis Allen and Kian and Liam O’Ryan.  He was also survived by Dylan Crisp (Hannah Lane) of New York City and great-grandchildren Eliza and Zaydan Paracha, Selene and Jacob Frady, and many nieces and nephews. He was preceded in death by granddaughter Jessica Ann Smith and a sister, Eileen Pugh (George) of Lima, Ohio. John was a devoted husband, father and grandfather, groundbreaking lawyer, philanthropist, horseman, published author, served on several Boards and was well known for his unstinting courage in protecting the constitutional rights of his clients. He began his law career in 1972. He loved the practice of law and his lamp could often be seen burning in his office window into the early morning hours as he sought justice for his clients. John also had a unique approach to the practice of family law that focused on building a strong family unit consisting of two parents living under separate roofs effectively co-parenting and raising happy well-adjusted children. He proudly served as the State President of the Ohio FFA in 1956-57. He also wrote articles about horse training which were published in “Hoofbeats” and In Indiana Harness Racing publications. He trained horses himself during his standardbred owner years from 1985 to 2018 and often took children and grandchildren to races throughout Ohio and neighboring States and raised many excellent race horses on his farm in New Knoxville. He was the President of the Auglaize County Horseman’s Association, and he served on the Board of Directors of the Ohio Harness Horsemen’s Association for many years.  John was also a member of the Church of the Eternal Optimist. The plaque on the track at the Auglaize County Fairgrounds bears his name on a stone noting that he donated the wall and winners circle. He always sought ways to upgrade the harness racing programs throughout Ohio.  John was a seed salesman in Missouri when he graduated from Ohio State and liked to tell stories of his travels there. He also owned and operated Bremco Mills in New Bremen for several years.   He was instrumental in establishing the New Bremen Historical Society.  He knew the history of Auglaize County well, often recounting stories about Tecumseh and Chief Blackhoof.  He was a Civil War buff reading many volumes about the conflicts and, over the past 40 years, visiting nearly all of the major battle sites.   He served on the Board of Directors of the Chamber of Commerce for many years and was active in The Lions Club and the Jaycees in early years.  He also was a former Auglaize County Prosecutor. He often donated his legal time to organizations who had special problems like the Humane Society when they needed shelter, food and care for abandoned horses.  John’s favorite weekend of the year was when many family, friends, and neighbors gathered the Saturday before Thanksgiving to help put up the figurines and lights in the yard for Christmas.  He considered this a gift to the community, young and old, to enjoy during the Holidays. John and his wife established the non-profit Children’s Hometown Holiday and that remained his passion through his declining years. John provided the materials for the students in Wapakoneta High School to build the Santa House that has been used annually in Wapakoneta for the past 12 years. He named the Santa house “Santa’s Wapakoneta Outpost” and supported CHH financially through 2018.  In lieu of flowers, memorial contributions may be directed to Children’s Hometown Holiday in care of the funeral home. The family will receive friends at Eley Funeral Home and Crematory, 1102 Lincoln Avenue, St. Rt. 501, Wapakoneta from 1:00 pm until 4:00 pm, Sunday Feb. 17, 2019, followed directly by services at 4:00 p.m., with Rev. Becky Sunday officiating. Condolences may be expressed at www.eleyfuneralhomeandcrematory.com.

Attorney John Allen Poppe, 80, of Wapakoneta, passed away on Wednesday, February 13, 2019,  at home with his wife and family by his side.  He was born in Piqua, Ohio on July 1, 1938, the son of Arnold Poppe and Irene Rismiller Poppe who preceded... View Obituary & Service Information

The family of John A. Poppe created this Life Tributes page to make it easy to share your memories.

Attorney John Allen Poppe, 80, of Wapakoneta, passed away on...

Send flowers to the Poppe family.