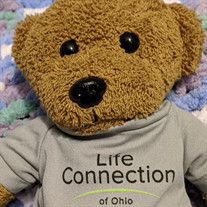 Nickolas Carter Callantine, 10, of the Stillwater Center, Dayton, OH, formerly of Ft. Wayne, IN, died 7:00 a.m., Sun. Dec. 20, 2020, at Children’s Hospital, Dayton, OH. He was born July 10, 2010, in Ft. Wayne, IN, the son of Jennifer Callantine and Jason & Stacey Bowersock. His mother survives in Ft. Wayne, IN, and his father and step-mother survive in Wapakoneta. Other survivors include, half-brothers & half-sisters, Tyler & Megan Morrow, Ossian, IN, Arianna Callantine, Ossian, IN, Cheyenna Carper, Ossian, IN, Alex & Marylin Bowersock, Fredericksburg, VA, Seth Bowersock, Cincinnati, OH, Brooke Bowersock, Wapakoneta, OH, step-brother, Christian & Marrissa-fiancee Scott, Ivor, Va, step-sisters, Megan & Jon Meinerding, Ft. Loramie, OH, Rachel Scott, Bonita Springs, FL. He was preceded in death by a half sister, Natasha Bowersock. The past 3 years, Nickolas was a resident at the Stillwater Center, Dayton, OH. The Stillwater staff cared for and loved Nickolas as if he was part of their own family. His family is truly grateful for the care they provided. Nickolas had a lasting impression on everyone that he met. For 10 years, Nickolas fought and won many battles with health issues. His last and greatest battle gave Nickolas the opportunity to help another sick child win their battle by being an organ donor. For all those involved in helping Nickolas during his final battle, thank you for helping Nickolas give the gift of life. A private family graveside service will be held at a later date. Arrangements are under the direction of the Eley Funeral Home & Crematory, Wapakoneta, where condolences may be expressed at www.eleyfuneralhomeandcrematory.com. Memorial contributions may be directed to the patient assistance fund at Dayton Children’s Hospital in Nickolas’ name. Gifts may be made online at childrensdayton.org/donate or mailed to Dayton Children’s Hospital Foundation, 1 Children’s Plaza, Dayton, OH 45404.

The family of Nickolas Carter Callantine created this Life Tributes page to make it easy to share your memories.

Send flowers to the Callantine family.