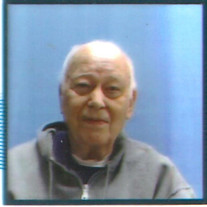 Ray M. Smallwood, 91, of Wapakoneta, died 8:40 a.m., Wed. Feb. 6, 2019, at Wapakoneta Manor with his daughters at his side. He was born July 3, 1927, in Wapakoneta, the son of Clarence Everett and Alma Sophia (Ramge) Smallwood who preceded him in death. On Oct. 10, 1948, he married Marjorie Maxine Fogt of Cridersville, and she preceded him in death on March 16, 2012. Survivors include, 2 daughters, Barbara Ann (Michael A.) Selby, Moulton, OH, and Betty June Smallwood, Ludlow Falls, OH, 4 grandchildren, Shane Allen Selby, Todd Michael Selby, Chad Edward (Amy) Selby, and Michael Jeffrey (Heather) Selby, and 6 great grandchildren. He was preceded in death by a brother, John “Johnny” Lewis Smallwood. Ray was raised on Pine St., Wapakoneta, and was a 1945 graduate of Blume High School. After graduating high School, Ray worked at Gambles and Wapakoneta Machine Co., before enlisting in the U.S. Army. He served from Oct. 3, 1945 until Jan. 27, 1947. While in the Army, he served in the Army Security Agency (A.S.A.) as a 799 Inceptor Operator. There were 3000 men in his A.S.A class with only 300 graduating. After his service, Ray returned to Wapakoneta and worked at Westinghouse Corp., Lima, where he met his future wife, Maxine. He then went to barber college in Toledo in 1949. Ray barbered at the Argon Garage, Lima, and the Koneta Hotel, Wapakoneta. In 1975, he bought the Erb’s Poultry building on Blackhoof St., across from the Teddy Bear Restaurant, and built his barbershop where he worked for many years. Retiring from barbering after 41 years, Ray worked at Westchester Plastics, the Wapakoneta Machine Co., and finally as a corrections officer at the Auglaize Co. Sheriffs Office for 5 years until retirement. Ray was a member of Salem United Methodist Church, Wapakoneta, and a former member of Brands Lake Fishing Club. He was a founding member the Auglaize Co. Art Association, and taught art classes at Auglaize Acres. He loved animals, especially cats and enjoyed his cookies and ice cream. His hobbies included fishing, boating, water skiing, bowling, attending Hummel auctions, oil painting (which he signed as Duffi), playing cards, and visiting casinos. Funeral services will be 10:30 a.m., Sat. Feb. 9, 2019, at Salem United Methodist Church, Wapakoneta, with Pastors Lynda Lockwood and Gregory Roberts officiating. Burial is to follow in the Greenlawn Cemetery, Wapakoneta, where military rites will be conducted by the Wapakoneta V.F.W. Post #8445. The family will receive family and friends 2-4 & 6-8 p.m., Fri. Feb. 8, at the Eley Funeral Home & Crematory, 1102 Lincoln Ave., (St. Rt. 501) Wapakoneta, and 1 hr. prior to the service, Sat. at the church. Memorial contributions may be directed to the Wapakoneta Manor Activity Fund or the Auglaize Co. Humane Society. Condolences may be expressed at www.eleyfuneralhomeandcrematory.com.

Ray M. Smallwood, 91, of Wapakoneta, died 8:40 a.m., Wed. Feb. 6, 2019, at Wapakoneta Manor with his daughters at his side. He was born July 3, 1927, in Wapakoneta, the son of Clarence Everett and Alma Sophia (Ramge) Smallwood who preceded... View Obituary & Service Information

The family of Ray M. Smallwood created this Life Tributes page to make it easy to share your memories.

Send flowers to the Smallwood family.