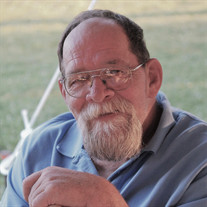 Raymond Daniel “Dan” Vorhees, 67, of Wapakoneta passed away 10:25 PM on Saturday evening, April 20 at Kindred Hospital in Lima surrounded by family. Raymond Daniel was born on May 8, 1951 to Raymond Charles “Bud” Vorhees and Hildred (Liesner) Vorhees. He graduated from Wapakoneta Senior High School in 1970 and from Ohio State Barber College where he met Cora Kiefer who was studying Cosmetology. On June 9, 1973 they were married. Raymond Daniel was preceded in death by his wife Cora on May 27, 1994, his parents Bud and Hildy and his sister Donna (Vorhees) Varner, nephew Curtis Varner, and great nephew Corey Hogue. He is lovingly remembered by his four daughters: Tracy (Jamison) Anderson of Wapak, Kelly (Tim) Kaiser of St. Marys, Jamie Vorhees of Cridersville, Kimberly (Curtis) Snyder of Wapak and eight wonderful grandchildren Cody, Kayne, Emma, Jacob, Taylor, Harry, Christian and Justin. He was also forever remembered by his siblings: Gary (Nancy) Vorhees of Illinois, John (Maureen) Vorhees of Wapak, Carol (John) Neumeier of Wapak, Amy (Michael) Sessor of Wapak, Gail (Ken) Webb of Grove City, Thomas “Tom” (Jennifer) Vorhees of Wapak, and a brother-in-law Bruce Varner of Versailles. Uncle Dan was loved by numerous nieces and nephews. Raymond Daniel, a Master Barber, opened a beauty shop in Wapak with his wife in the 1980s, The Trend Setters. He also owned and operated Ray’s Barber Shop in New Knoxville. For a few years, he worked as an Auglaize County Deputy. After twenty years, he retired from Crown in New Bremen. He enjoyed a lifetime of hunting, trapping, fishing, shooting, camping, and training hunting dogs. As an avid collector, he enjoyed the art of trading and bartering. Raymond Daniel loved spending time with his grandchildren and sharing laughter with his family and friends. He loved meeting friends at Lucky Steer and sitting on his porch waving to the neighbors with his beloved pet parrot, a blue and gold macaw named Zeus. Raymond Daniel was a member of the Prime Time Vanners and also attended Wapakoneta Community Worship Center. Before his passing, Raymond expressed his sincere gratitude for the years of care from the nurses at St. Ritas and LMH Cancer Center. Most of all, he wished to express his heartfelt thanks to the caring and compassion of the nurses and staff of Kindred Hospital where he spent much of his time the past several months. Arrangements have been made for family and friends to call at Eley Funeral Home & Crematory in Wapakoneta on Thursday, April 25 from 2:00 to 8:00 PM and Friday, April 26 from 9:30 to 10:30 AM. Service to follow on Friday at 10:30 AM. Memorial contributions may be directed to the funeral home for a local Barber Scholarship to be given in honor of Raymond Daniel.

The family of Raymond Daniel "Dan" Vorhees created this Life Tributes page to make it easy to share your memories.

Send flowers to the Vorhees family.