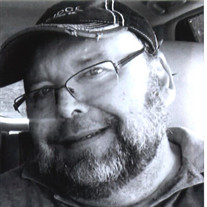 Rex M. Maxwell, 61 of Waynesfield died at 7:47pm, Saturday, August 1, 2020 at the home of his Mother surrounded by his loving family. He was born July 13, 1959 in Lima, Ohio to Donald Robert Maxwell (dec’d) and Charlotte Priscilla “Jean” (Sanders) Maxwell, who survives in Waynesfield. On December 17, 2013, he married Jodie Nicole Goodwin, and she survives in Wapakoneta. Other survivors include his beloved daughter Charlotte Ava Kay Maxwell of Wapakoneta; brothers, Kyle Maxwell of Waynesfield and Colin (Lori) Maxwell of Wapakoneta. Nieces & nephews Kelli (John) Klaasen of Greenwood Village, CO. Tayla (Galen) Miller of Wapakoneta, Corey and Jaden Maxwell, both of Wapakoneta. Great nieces & great nephews Mikayla Maxwell-Klaasen , Jace and Adley Miller, mother and father-in-law, Kay and Thomas Goodwin, both of Lima. Sisters- in-law, Cindi (Jim) Offenbaker of Lima, Chris (Dean) Windau of Columbus Grove, Lisa (John Banman) Sherman of St. Marys, Kelly (Lyle) Wheeler of Lima, Vicki (Mike) Miller of Lima, and many more nieces and nephews. Rex was a 1977 graduate of Waynesfield Goshen High School, where he was all-state in Football. He was a 1982 graduate of The Ohio State University, Columbus with a degree in agriculture and animal science, and was awarded “best legs on campus” his senior year. He was a lifelong Farmer and enjoyed being outside working with his hands on his family farm. He was proud to watch his nieces, nephews, cousins and friends show their livestock at the county fair. He truly enjoyed participating in the junior fair livestock auctions. He was a Realtor at Oakridge Realty in Lima, where he remained loyal for 33 years. He loved sitting down with families and truly cared for his clients, building lifelong relationships with many. He and his wife owned an antique and art shop in Wapakoneta, “Fern Hill Farmhouse”, where he also had his CBD oil business. He was known for cranking up the music and welcoming the customers with a genuine smile, handshake and conversation. He knew everyone and was a friend to many. Rex had a tremendous will to live and fought hard to stay alive, surviving many surgeries and procedures that most men could not endure. He always said “You’ve got to pull up your bootstraps and keep going.” which he did until the very end. A casual celebration of Rex’s life will be at the Waynesfield Lions Club on Sunday, August 9 from 2-5pm, which family and friends are encouraged to attend with consideration to current health guidelines. A private family service will be held at a later date. Memorial contributions may be directed to the Waynesfield Goshen Athletic Boosters, P.O. Box 33, Waynesfield, OH, 45896. Arrangements have been entrusted to the Waynesfield Chapel of Eley Funeral Home & Crematory, where condolences can be expressed at www.eleyfuneralhomeandcrematory.com.

The family of Rex M. Maxwell created this Life Tributes page to make it easy to share your memories.

Send flowers to the Maxwell family.