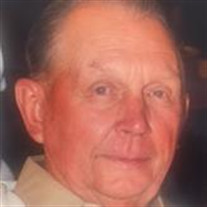 Robert “Bob” Wells, 85, passed away, peacefully and surrounded by his family, on February 2, 2022 at 2:55pm at his daughter’s home. Bob was born on June 18, 1936, in Anna, Ohio; the son of the late Charles Homer and Olga (Eschmeyer) Wells. On August 20, 1960, he married Ruthann (Hut)Wells, who preceded him in death in November, 29, 2015. He is survived by three children: James (Deb) Wells and Cheryl Drexler, of Wapakoneta, and Michael (Kelli) Wells of Bowling Green, OH; and three grandchildren, Krissie (Alex) Wells of Cleveland, Erica (Jon) Zofkie, and Nathen (Vicki) Drexler, of Dupont, WA; one step-grandchild, Parker Rutherford of Bowling Green, OH; and two great-grandchildren, Zeke and Ellanore. Bob was preceded in death by his brother, Charles Edward “Ed” Wells, and survived by one sister, Shirley (Dwight) Wilges of Sidney. He is also survived by a close friend, Norma Gill, a sister-in-law, Stella (Dave) Gossard, Wapakoneta, a brother-in-law, Larry Hut, Las Vegas, NV, and numerous cousins, nieces and nephews. Bob was a proud veteran of the US Marine Corps where he served most of his time on the Big Island in Hawaii. He often shared memories of this time in his life, when he spent his 20th birthday on the ship to Hawaii and his 22nd birthday spent going back to the mainland. After his service, Bob became a prolific home builder. He started his career at Schnippel Construction in Botkins with commercial building. Later, he started his own construction company, Wells Construction, along with his son, Jim. He built several commercial buildings and private homes throughout greater Wapakoneta area. Notable examples include St. Paul’s Church, the expansion of the Eagles, homes and numerous remodels. Bob was a regular fixture at the “coffee shop,” better known as the Marathon Gas Station, where he drank coffee and caught up on the latest news with friends in the morning, then it was off to McDonalds with another friend catching up on things. Bob was a 50-year member of Fraternal Order of the Eagles, Aerie #691 in Wapakoneta, Ohio. He was also instrumental in getting the overpass on ST RT 33 over Blackhoof Street due to the number of accidents at that intersection. Bob and Ruthann loved spending time in Florida for the winter, where he was active with golf, bingo and card playing. He created many friendships in Florida. Funeral services will be 1:00 p.m., Mon. Feb. 7, 2022, at the Eley Funeral Home & Crematory, St. Rt. 501, Wapakoneta, with Pastor Lynda Lockwood officiating. Burial is to follow in the St. Joseph Cemetery, Wapakoneta, where military rites will be conducted by the Wapakoneta V.F.W. Post #8445. The family will receive friends 11:00 a.m. until the time of the service, Monday at the funeral home. Please click the link to view the live-stream of the funeral, https://m.facebook.com/events/340802417898986?acontext=%7B%22source%22%3A%223%22%2C%22action_history%22%3A%22null%22%7D&aref=3&__tn__=HH-R. Memorial contributions may be directed to the Auglaize Co. Humane Society. Condolences may be expressed at www.eleyfuneralhomeandcrematory.com.

The family of Robert "Bob" Wells created this Life Tributes page to make it easy to share your memories.

Send flowers to the Wells family.